Terms of Use Privacy Policy
join now
Naughty Dating Tips
Category
Home
Naughtydate Blog
Naughty Dating
Why Do Guys Pull Away and Withdraw After Sleeping With You?

Why Do Guys Pull Away and Withdraw After Sleeping With You? 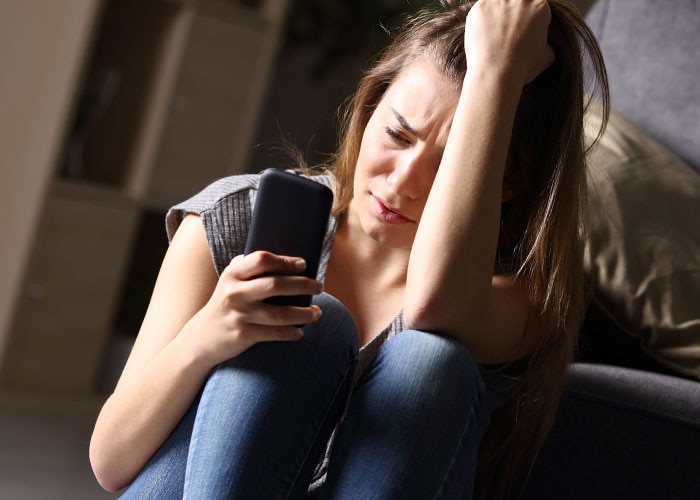 The saying goes that men are Mars and women are from Venus and there are many cases when this is more apparent than others. Take post-coital for example. Some men like to cuddle and enjoy the moment while other guys seem to withdraw after intimacy. They seem to go cold and don’t return calls or texts but why is this? If you are wondering ‘why he stopped texting after we slept together’ you need to figure out why and how you are going to react to this.

Why do guys pull away after sex with you?

The first thing you need to understand is that it is not your fault or unlikely to be something that you did. Some guys are just like that. For some, it could just be one of those bloke things and nothing more than that. For others, there could be a whole different list of reasons. He may have had a previous relationship that he is still getting over, he might be unsure if he wants a commitment or he may just be the moody type and that’s just his way.

Don’t blame yourself if he changes after sex

Is it hard not to take it personally right? You had sex, it was great, he stopped texting! Now if you are wondering what you did wrong then the chances are it was nothing. Don’t start feeling low and lacking in confidence. You need to make him see that you are worth more than that. It’s not all about sex. OK so some men may see that as the goal but it’s time you realize that you are the prize and not sex.

Make him see what he is missing

If it’s been a few days and you haven’t heard from him don’t waste your time texting him unnecessarily. Sending him loads of texts may just make you look a bit needy. Send him one text. Make it a question so he has no excuse but to respond. If he doesn’t then ask yourself if you want to be with someone that treats you like that. If he does respond don’t text straight back. Make him chase you. If he has to chase you then he is clearly still interested. Go out with your friends and leave your phone at home, by the time you get home there will be a text.

Don’t over analyze the situation

Easier said than done but think about how you text your friends. Do they always respond straight away, when was the last text you sent your best friend or your sister or someone else? Do you make a note of every time they don’t respond? If so you need to chill out, if not then you need to treat the texts with the guy the same way. Don’t get hung up if he hasn’t text you. Guys don’t do the whole texting things like girls do. Most of the time they don’t even remember to call their mum!

If he is obviously avoiding you and has gone cold then perhaps he is not the guy for you. If you think you might be being a bit needy then chill out and see where it goes. Don’t overanalyze it and don’t think it is something that you have done. Why guys withdraw after intimacy may remain a mystery but don’t let this put you off. Just carry on being fabulous.