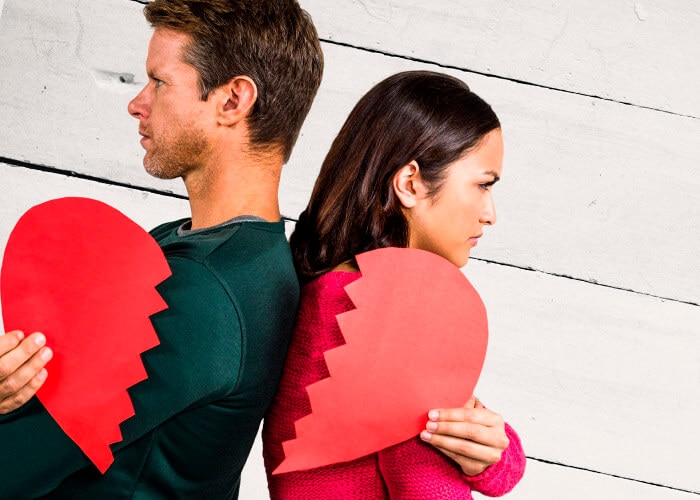 A break up is never simple – given the wide range of emotions you go through. You will feel anger, loneliness and confused regardless of how used you maybe to breaking up.
Every relationship is different and the same can be said for every breakup and so, when the time comes to pull yourself together there are a few rules to follow.

You don’t want to Still be Friends

If a part of you still wants the relationship to work then of course there is every chance that you will want to remain friends. When this line is said, it basically means that they want to make the break up easier for you. However, if you want a clean break, then say you need to be alone because that is what you need to be following a break-up.

Your relationship might not be working but do not turn nasty in order to prove a point. Keep your cool, think about composure and be honest. This will give you a better feeling and it won’t leave you regretting things that you have said.

If You Have a Routine, Mix it up

When in a relationship, you will have had a routine where you would have done things together. Changing how you do things will help you to stop thinking about the break up. Nobody said this would be easy but when it comes to getting used to being single, it can work wonders.

After a break-up, the whole world does not need to know. The break up might have left you confused and so, you do not need a long line of people waiting to judge the decisions you made. Often, the thoughts of others can make you feel worse, so tell your close friends and family first.

Social media is so popular these days that blocking or removing a friend proves that it has come to an end. Therefore, don’t unfollow them, simply mute them so that you cannot see what they are posting.

It does not matter how easy or bad the break-up was, do not put it out there on social media. It can bring others into it, it can make it way too public and that can only mean that things become messier.

After coming out of a relationship, you will be on the rebound as it is called. If you are getting with people just because it makes you feel better then think again because it will have a negative impact in the end. However, if you are attracted to someone then certainly give it a go.

Avoid Revenge at All Costs

Despite the difficulties surrounding the break-up and anything else that has gone on, do not seek revenge. It will get you nowhere and is certainly a big risk so do not let it become a part of you. However, staying strong and standing up for yourself is different, especially where you need to speak up.